I started utilizing the ancient Japanese style of fly fishing known as tenkara. The practice of tenkara was originally used as a commercial fishing technique used by poor mountain fisherman in the interior of Japan.

The discovery of tenkara occurred in January of 2010 for me while reading a fly fishing magazine I found an ad for Tenkara USA. What caught my attention was the tag line of Tenkara USA: A Rod, A Line, and A Fly!

It was not long after seeing this advertisement that I ordered my first of many tenkara rods. Tenkara has become a passion of mine over the last 10 years. And the passion still rages on today.

Tenkara is about the technique, not the gear!

This is one of the primary reasons that I love tenkara as a fly fishing technique. The presentation in particular, will make or break a tenkara anglers day.

Although, I do disagree somewhat when looking deeper into this quote from Daniel.

Daniel states tenkara is about the technique which I do agree with. Alas, I beg to differ with him about it not being about the gear. Let me explain my thought process here.

When a fly rod manufacturer contemplates a new design there are a number of things that happen, not necessarily in this order:

Opinion of the Author Not Science

But here is where things get sticky. If a rod designer prefers a slow action rod, that is what they are going to design. After the design face the rod manufacturer will come out with the new rod.

Just about the time that the rod makes it to the consumer market, media sources start doing reviews of the new rod. Likely, there will be reviews that use glowing terms to describe how special the rod is. But, there will also be reviews that are not so flattering!

I, Graham, prefer more of a medium action in both rod and reel designs and tenkara. If I try a rod out and find the tip to soft for me personally, I won’t fish it. Too stiff, same thing.

What does this mean for my argument?

Personally, tenkara for me is primarily about the technique, but also about the equipment!

What does this mean for GEAR Colorado Fly Fishing and Tenkara Grasshopper Media Services?

I am making an effort to streamline my operations. One of those things is to combine Tenkara Grasshopper Media Services and GEAR Colorado Fly Fishing into one entity. By doing this, I can make my work easier and also provide additional value to visitors to this site.

I will be working out the details of streamlining access to Tenkara Grasshopper Media Services content here.

Please stay tuned as I continue to tweak things.

Thank you for your understanding during this process. 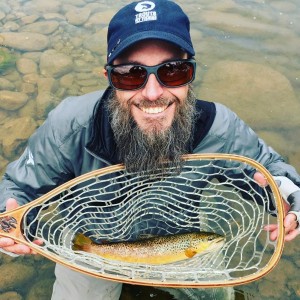 Graham is the Owner and Head Guide for GEAR Colorado Fly Fishing. He has been fishing most if his life. Fly fishing entered his realm of interest when he was 16 years old. Graham asked his grandfather if he would teach him. His grandfather said yes, and now Graham is a fly fishing guide with a passion of teaching others. When Graham is not guiding you will find him at home with his wife and kids. If he is not with his wife and kids you will find him working on his other website https://TenkaraGrasshopper.com

This site uses Akismet to reduce spam. Learn how your comment data is processed.